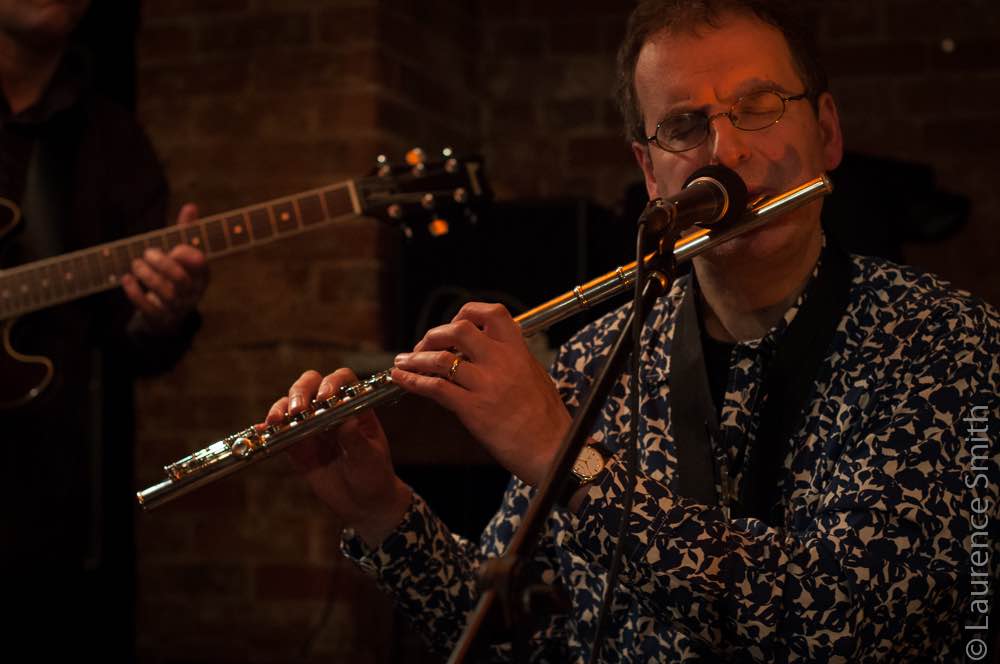 This performance by Theo Travis at SoundCellar on 30 July 2020 will be his first ever live streamed performance, and a rare opportunity to hear him in a solo context. Expect music from his solo albums – ‘Slow Life’ and ‘Open Air’, ambient and experimental improvisations, imaginative and radical rearrangements of pieces from Theo’s albums such as ‘Heart of the Sun’ and ‘Earth to Ether’, a cover of a John Surman classic, alto flute, soprano sax, tenor sax and possibly a surprise or two as well.

Theo has released 10 acclaimed solo albums, for which he composed, arranged, produced all the material and played saxophones and flute and he has played on over 130 albums in total. He has performed over 70 times at London’s Ronnie Scott’s club, tours the UK regularly with his jazz quartet, and has performed all over the world including Japan, Norway, Finland, Sweden, the USA, France, Italy,  Belgium, Switzerland, Spain,  Denmark, Germany and Israel.  He has released recordings made live in New York, Philadelphia, Tokyo, London, Paris and Oslo.

As a sonic experimentalist, he has developed his own system of ambitronics, which utilises looping technology to create canvases of sound on flutes and saxes that are then woven into the music he makes. Such music, performed on the alto flute, was first released on Theo’s acclaimed album Slow Life, which was credited as the inspiration behind the Jonathan Coe novel “The Rain before it Falls”. Theo has developed this technique and incorporated it into his work with Robert Fripp (5 CDs, 3 download albums/ vinyl releases/ 3 tours), David Sylvian (Nine Horses CD and European tour), Soft Machine (4 albums, many international festivals and tours 2006 to date), Gong (2 studio CDs, 3 live albums, 2 DVDs, 3 world tours) and his unique solo performances.

MOJO magazine referred to him as “a brave and restless talent to watch for”.