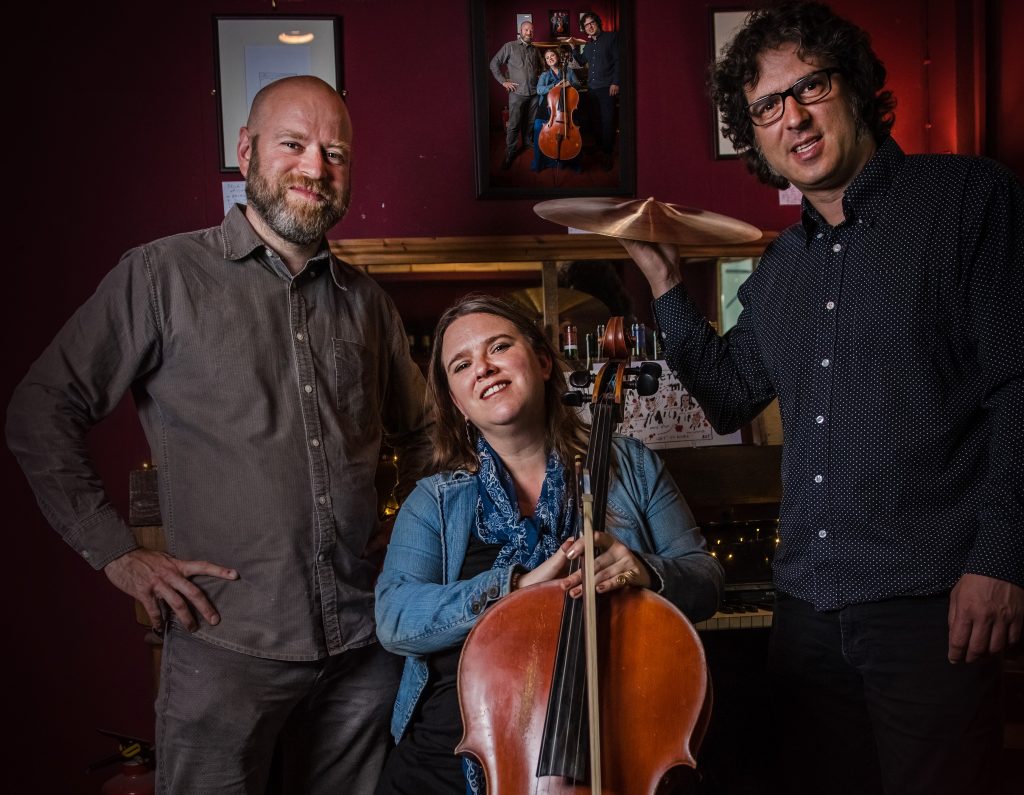 Shirley Smart is acknowledged as one of the UK’s most versatile and creative cellists. Equally at home and well versed in jazz, folk, Middle Eastern and World Music, as well as classical, she makes her SoundCellar debut with her trio featuring John Crawford on piano and Demi Garcia Sabat on drums/percussion.

Originally trained under Raphael Wallfisch at the Guildhall School of Music, and Janos Starker in Paris, Shirley subsequently moved to Jerusalem, where she where she studied and performed and absorbed the rich and overlapping worlds of North African, Arabic, Turkish and Balkan music as well as jazz, working with some of the region’s leading artists, including Avishai Cohen, Omer Avital, Khaled Jubran, Sabreen and Yasmin Levy.

Since returning to the UK, Shirley has quickly garnered a formidable reputation with her own groups and has worked with many leading jazz and World Music artists, including Antonio Forcione, Mulatu Astatke, Gilad Atzmon, Issie Barratt’s ‘Interchange’, Neil Cowley, Robert Mitchell and Alice Zawadzki.

Her debut album ‘Long Story Short’, released in 2018, was critically acclaimed, and she has since have performed at festivals around the UK and Europe, including the London Jazz Festival, and Vivacello, Moscow. Highlights for 2020 the Biennale Festival at Bimhuis, Amsterdam, Birmingham Jazz Festival and a UK tour.

She is a keen educator, and is Head of Performance and Lecturer in Music at City University, as well as teaching Jazz and Improvisation for the RCMJD and LPMAM. She also gives frequent workshops for organisations such as the National Youth Jazz Collective, Jazzlines,  and Trinity Laban Conservatoire.

Shirley’s trio draws on her eclectic background to bring together her jazz, blues and world music influences. She is joined by John Crawford, one of the UK’s leading jazz pianists, who shares her interest in Latin and world influenced jazz, and long term collaborator, and flamenco master Demi Garcia Sabat.

“…some of the most inventive use of the cello I have heard for some time..” Kind of Jazz

‘Intense, lyrical and full of energy….A thrilling range on technique on display…Smart’s cello singing, snarling or pumping out bass lines….fascinating listening, and thought-provoking entertainment for the open-eared” The Arts Desk

“Smarts playing is particularly remarkable….she readily demonstrates a wide range of techniques incorporating an understanding of improvisation drawn from a jazz background and her extensive knowledge of Arabic maqam…” Songlines