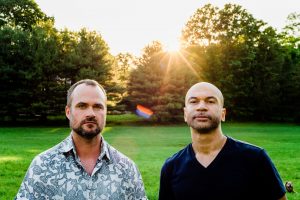 SoundCellar are very excited to present the USA quartet IN COMMON as part of a European tour. The group is led by saxophonist Walter Smith III and guitarist Matthew Stevens and also features bassist Harish Raghavan and drummer Jonathan Barber.

Growing out of the long-standing collaboration between saxophonist Walter Smith III and guitarist Matthew Stevens, IN COMMON celebrates community, language and an ethos shared by an exceptional and diverse group of musicians in the American improvised music scene. Smith and Stevens have recorded three albums featuring musicians of all ages, backgrounds and experience in new combinations, including Marcus Gilmore, Joel Ross, Linda May Han Oh, Micah Thomas, Harish Raghavan, Nate Smith, Terri Lyne Carrington, Kris Davis and Dave Holland. All three In Common albums offer a unique chance to hear musical conversations among musicians from all corners of the scene, sometimes playing together for the first time.

Smith lives in Boston, where he is Chair of Woodwinds at Berklee College of Music. Stevens lives in New York City and is a Professor of Jazz Studies at the Peabody Conservatory at John Hopkins.

This gig will be held at The Avocet (formerly The Cow), next to Parkstone Railway Station. Please note the 20:00 (8 pm) start time for the foreseeable future

Entry is £20 + booking fee in advance. We know this gig is going to be particularly popular, so booking in advance through the below link is recommended.