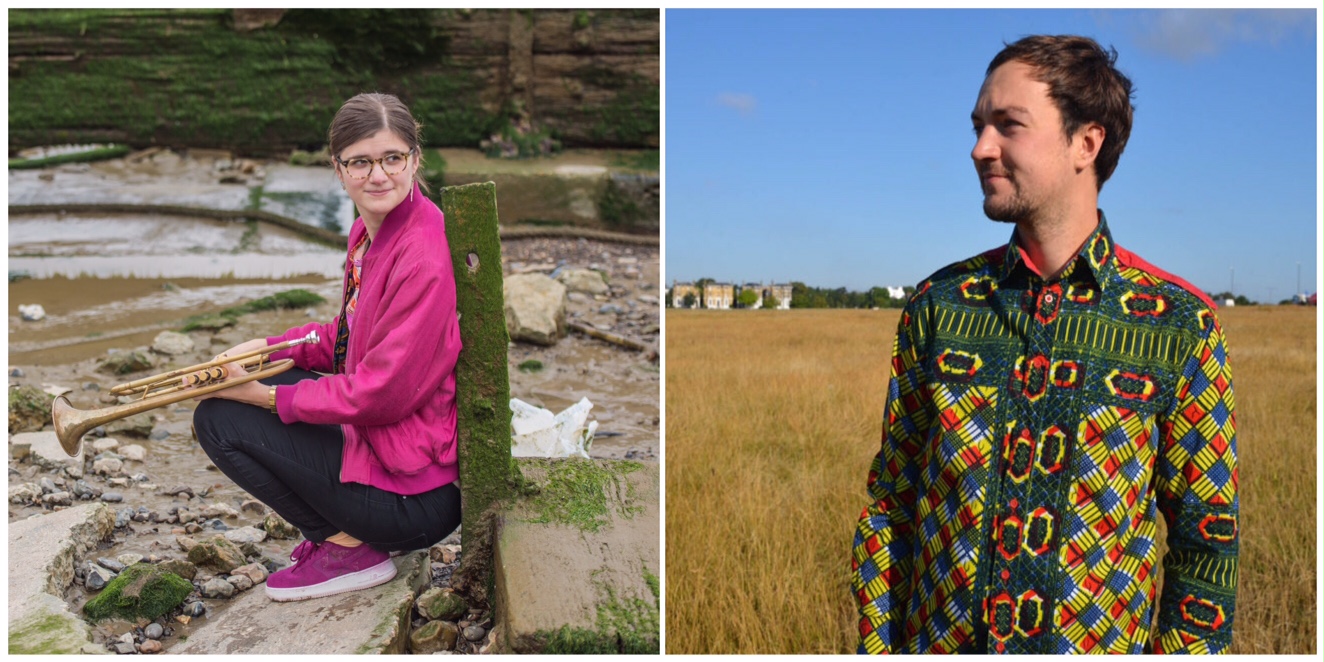 Two of the leading lights of the UK jazz scene return to SoundCellar (virtually, for the time being). We are extremely excited to be welcoming back acclaimed award winning composer, band leader and trumpet player LAURA JURD, together with the in-demand drummer and percussionist CORRIE DICK, bringing their highly accomplished unique music to our In Our Own Space™ series of live stream concerts.

Laura has received many accolades and awards for both her playing and her composing, for example she was named 2015 Parliamentary Jazz Awards ‘Instrumentalist of the Year’ and recently received a 2019 Ivors award for Composition.

“At the vanguard of this new generation… a Hampshire native who has been composing since she could walk.”
– Evening Standard

Corrie was named 2013 BBC Scotland Young Jazz Musician of the Year and features on recordings by a whole host of top artists, as well as on Laura’s albums and his own excellent solo release, plus of course as a vital member alongside Laura of the wonderful band Dinosaur (the other members are star keyboard player Elliot Galvin and everyone’s favourite bassist, SoundCellar regular Conor Chaplin).

Dinosaur as a band is also critically lauded, for example the debut album ‘Together, As One’ was nominated for the 2017 Mercury Music Prize. With the recently released third album ‘To The Earth’ already getting rave reviews, we are really looking forward to hearing Laura and Corrie play live for us, as well as taking part in an interactive Q&A session with us all afterwards.

Don’t miss this unique opportunity to see and hear two top musicians playing live from their ‘space’, just for us (you)!