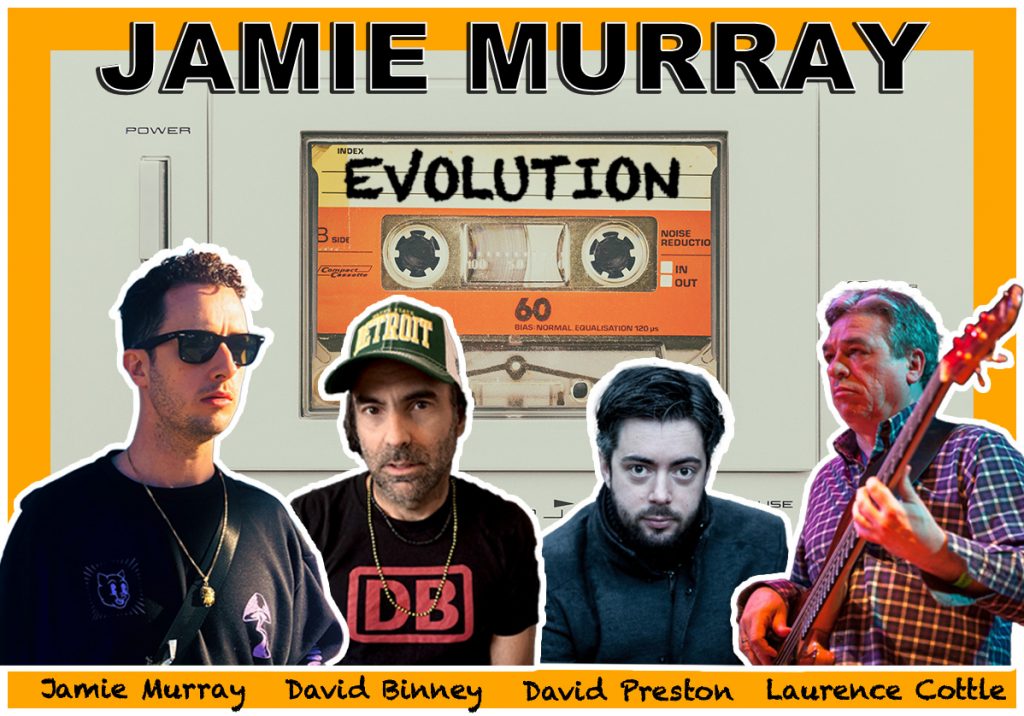 Click here for tickets to attend the physical gig. Livestream Ticket link below

Jamie Murray has played with the likes of Gary Husband, Tim Lefebvre, Donny McCaslin, Gwilym Simcock, Emma Rawicz, Binker Golding and many others. A forward thinking and conceptual player with a solid groove style yet he has an open-minded approach to free experimentation. His performances are always fresh and exhilarating! Jamie has a strong sense of writing, his compositions are personal and original with an Electronic/Jazz /Fusion style attached to them.

Acclaimed saxophonist/composer David Binney is one of the most prolific jazz musicians on the scene today. Winning praise from critics and colleagues alike, David was recently singled out by Jazz Times as one of a handful of “players who have created an alternative jazz-scene… all of whom are playing adventurous, original music.”
David has recorded 20+ albums as leader or co-leader and recorded on more than 300 other albums.

“Dave has long been one of my favorite musicians” – Pat Metheny
“…a strikingly original composer, leader, conceptualist.” – DownBeat Magazine
“David Binney possesses one of the most original minds in contemporary music.” – Stereophile

Laurence Cottle has been the bassist of choice for some of the biggest names in music. His remarkable and varied career has spanned gigs with top jazz players, recording for major Hollywood movie soundtracks and session work with some of the biggest names in rock and pop. He has worked with Alan Price, Van Morrison, Brian Eno, Seal, Gary Moore, Eric Clapton, Black Sabbath and Mike Oldfield. His jazz credentials are impeccable, including work with the likes of Jim Mullen, Django Bates, Gary Husband, Jason Rebello and Al Jarreau plus he is a regular part of Ronnie Scott’s All Stars.

David Preston is a guitarist, composer and producer who has recorded and performed with the likes of Curtis Stigers, The Heritage Orchestra, Goldie, Martin Taylor, Empirical, Patrick Cornelius, Ivo Neame, Charlotte Church, Ayanna Witter Johnson, and UK beat-boxing star Shlomo. Highlights of many of his diverse projects include touring, recording and writing with Melody Gardot from 2009 to 2012 and again in 2017, and he made quite an impression performing on, co-writing and co-producing singer Ian Shaw’s 2008 album “Lifejacket”. In 2013 he joined former Nucleus/Loose Tubes saxophonist Tim Whitehead’s Homemade Orchestra, playing a 50-date UK tour and in 2015 he appeared with Carlos Acosta CBE onstage at the Royal Opera House for 6 nights in the stage production of ‘Cubania’. He also plays with his own internationally recognised contemporary jazz trio ‘Preston-Glasgow-Lowe’ who released their debut album in 2016 on Whirlwind Records.