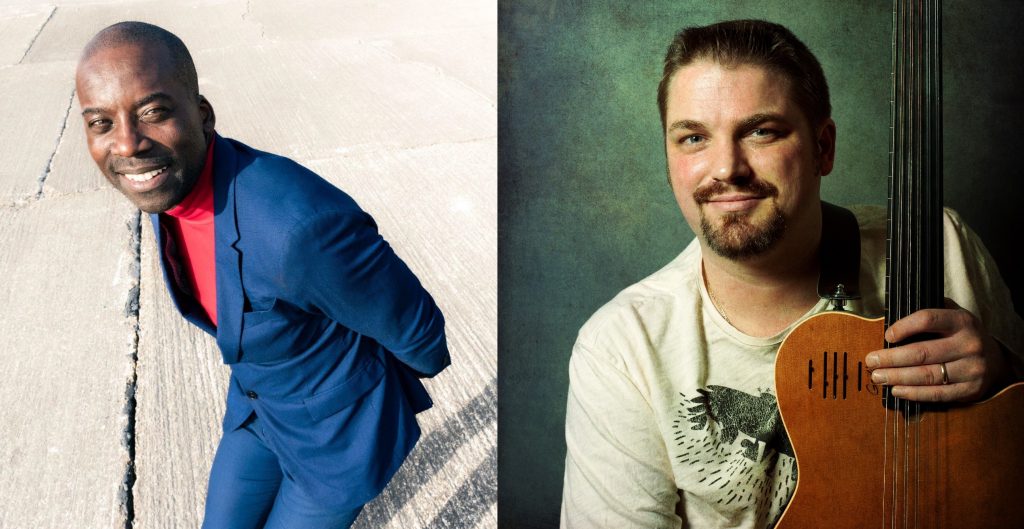 Randolph Matthews & Nicolas Meier’s unique, genre-crossing vocal/guitar jazz duo has cast its passionate musical spell around the world, capturing the hearts of lovers, the respect of jazz buffs, & the jaw-dropping awe of guitarists and singers.

Randolph Matthews has been captivating international crowds for two decades now, working with the A-list likes of Herbie Hancock, Mulatu Astatke, Richard Bona, Angelique Kidjo, Bennie Maupin and Monty Alexander and winning accolades including a Best Live Performance nomination at the 2018 Jazz FM Awards along the way. His live shows are testaments to the power and potential of the free experimental voice, each show imbued with the sort of fourth-wall-smashing dynamism so intrinsic to the roots of jazz. Randolph will be releasing a new album call Black Salt in the Autumn 2022.

UK-based guitarist Nicolas Meier has carved a reputation out as one of the world’s most original and uniquely talented guitarists. Drawing from a love of Turkish, Eastern & Middle Eastern music, Flamenco, Tango and more — all mixed with jazz — Meier’s versatility and musical fluency extends well beyond that, even. (… so much so, that his considerable talents drew the attention of rock guitar legend, Jeff Beck, who made Nicolas a mainstay in The Jeff Beck Group — carrying him on two world tours during the course of the last several years.

“Meier’s scintillating playing on assorted fretted and fretless guitars is sometimes reminiscent of Metheny or McLaughlin but with a highly melodic, pan-Mediterranean eclecticism of his own…” Jim Gilchrist (Scotsman4/5*)

“Nicolas Meier is one of the most virtuoso artists on the acoustic guitar” Roland Leicht www.prog-rock.info