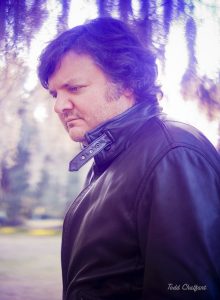 We have another US star musician for our next In Our Own Space – Music and Conversation performance, when we welcome the superb piano/keyboard player Jon Cowherd, from a studio in New York.

The Kentucky-raised, New Orleans-schooled, New York-based Jon Cowherd is best known for his long-running partnership with drummer/bandleader Brian Blade, with whom he co-founded Brian Blade and the Fellowship Band, whose acclaimed, influential albums showcase Cowherd’s stellar keyboard work and singular compositional skills. SoundCellar’s Rob and John were privileged to see the Fellowship perform relatively early in its history, at the North Sea Jazz Festival in Den Hague back in 1998 and both remember the gig as an extremely special musical event.

Jon has also recorded two albums under his own name and toured with his band, the Mercy Project, recording with such jazz luminaries as Bill Frisell, John Patitucci, Tony Scherr and this March’s ‘In Our Own Space’ star guitarist Steve Cardenas.

Jon has worked extensively with a broad array of players and singers from the jazz, pop and rock worlds, including Brandi Carlile, Norah Jones, Glen Hansard, Cassandra Wilson, Meshell N’dgeocello, kd Lang, Terri Lyne Carrington, Kurt Rosenwinkel and Lizz Wright. In addition, he has worked with 2011 SoundCellar legend Alicia Olatuja and with 2015 SoundCellar icon Becca Stevens, who we hope by the time you watch Jon’s performance, you will have seen perform for us a second time around, for an ‘In Our Own Space’ livestream just two weeks earlier.

As you will have deduced, if you didn’t already know it, Jon is regarded as one of the best keyboard players in the world, so make sure you join us for SoundCellar Presents: In Our Own Space: Music and Conversation with Jon Cowherd on Sunday 6th June.