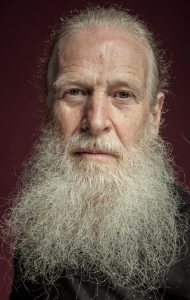 We are really pleased to be kicking off 2021 with one of SoundCellar’s favourite musicians, ROGER BEAUJOLAIS. Roger has performed for us on a number of occasions in the cellar and we are now looking forward to him playing for us in our In Our Own Space: Music and Conversation series.

Roger is a self taught vibraphone player who started playing at the age of 24, played his first gig at 28 and turned professional when he was 30. In the process, he became the first vibraphone player in the UK to make a living from solely playing vibes. He was a founding member of the jump jive band The Chevalier Brothers & toured extensively throughout the 1980s playing in over 20 countries on 3 continents as well performing on many TV & radio shows. He played jazz festivals in Norway, Finland, France, Belgium & Italy, as well as prestigious appearances at the Stockholm, the North Sea and the Montreux Jazz Festivals. The Chevalier Brothers played 200 gigs a year for a number of years, even including at famous rock festivals like Glastonbury & Rosskilde in Denmark.

When The Chevalier Brothers split up in 1988 Roger joined pop band Fairground Attraction & toured with them for most of 1989. They split in 1989 & Roger recorded his first album ‘Mind How You Go’, a latin jazz album of mostly original tunes, released under the name of the Beaujolais Band by Acid Jazz Records in 1990. A second album came out in 1993 & Roger also started making albums of original jazz funk compositions for Acid Jazz Records under the name of Vibraphonic. The second Vibraphonic album in 1995 included a track ‘Can’t Get Enough’ that became a number one on the jazz charts in the USA. As a result Roger & Vibraphonic signed to Hollywood Records in Los Angeles & released two more albums for them. Hollywood Records is the audio arm of Disney Productions.

After more radio success in the USA, Roger decided to play more acoustic music & formed his jazz quintet releasing 4 albums in the next 10 years, also fitting in a quartet album with SoundCellar favourite Theo Travis & a trio album featuring the legendary pedal steel guitarist BJ Cole. Roger then released 2 quartet albums & most recently in 2019, an album with his Italian Trio called ‘Barba Lunga’.

Roger has recently released an ambient album of solo vibes called ‘Dreamscapes’. This album would probably never have been released if it wasn’t for lockdown. This is Roger’s 21st album release & he has now had over 200 of his compositions recorded.

With such a pedigree, we think you’ll agree it’s essential you don’t miss In Our Own Space: Music and Conversation with ROGER BEAUJOLAIS